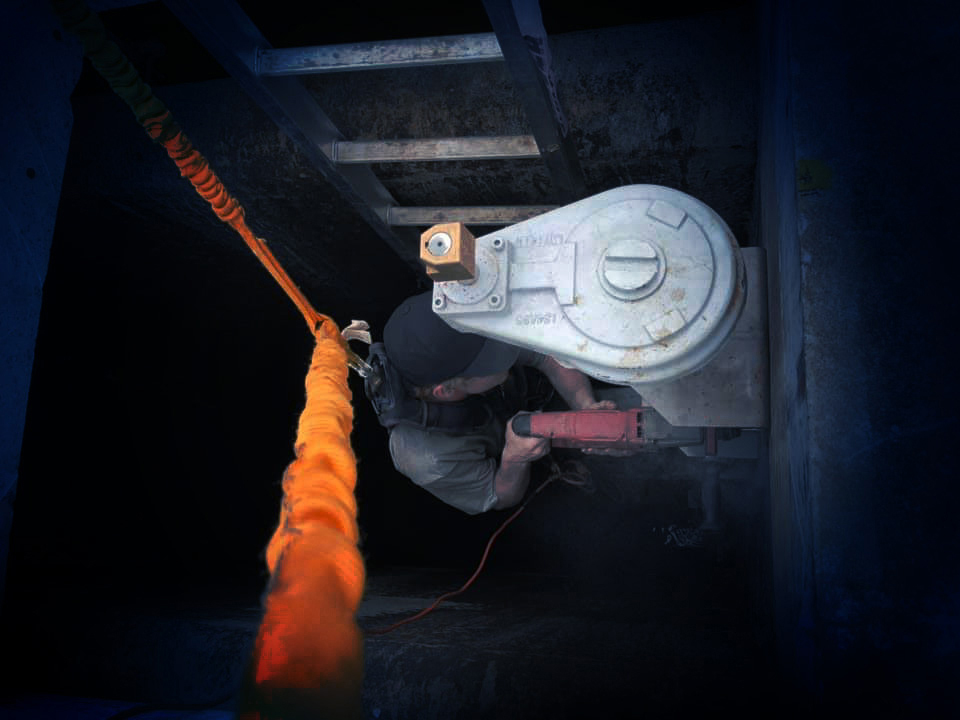 Emergency calls for commercial divers can come in all forms from repairing tank leaks and replacing underwater pumps to ship repairs and hazardous material containment. While many of the emergency calls that our team respond to each year may be preventable with regular inspections and routine maintenance, every once in a while our office will receive a call that will test our emergency preparedness and have us packing up in the middle of the night to respond to the job in as little time as possible.

One of the more common emergency calls that our team receives is for potable water tanks leaks. Potable water tanks provide municipalities with a steady supply of clean drinking water and also act as a reserve water supply in the case of an emergency. Leaks can occur in potable water tanks for many reasons including damage from freezing, equipment failure, or ground shift. Small leaks can often be identified by commercial divers during a potable tank inspection and properly fixed before the leak becomes a greater problem, however if routine inspections are not being performed, tank leaks can quickly escalate into a major problem.

Another common emergency service call that commercial divers receive is for clogged intakes at water treatment facilities. Municipalities that rely on lakes, reservoirs, or rivers for their primary source of water commonly experience this problem. Suspended or floating debris can quickly begin to clog water intakes restricting and in some cases completely stopping the flow of water into the treatment facility. Without a steady inflow of water, municipalities may be placed on emergency water-use restrictions until the problem can be resolved. These clogs can be caused by trash, increased amounts of debris from flooding or heavy rain, or from invasive species such as zebra mussels, all of which require physical removal and cleaning by a commercial diver.

While water tank leaks and clogged intakes can become an emergency situation requiring assistance from a team of commercial divers, in many cases, these problems are relatively easy to fix and the problem can be quickly remedied with little to no downtime, but this is not always the case with emergency diving calls. Recently a team of divers from Midco Diving & Marine services was dispatched to inspect a clogged condenser unit at a major US power plant. Upon investigating, it was discovered that a failed epoxy coating was blocking the condenser return necessary for operating the plant cooling cycle. Without the assistance of a team of professional commercial divers, this power plant could have suffered catastrophic damage which may have resulted in thousands or energy customers without power.

At Midco Diving & Marine Services, our team understands the importance of having the resources in place to be able to react quickly to emergency situations when they arise, which is why we have teams that are at the ready 24/7. From our Home Office in Rapid City, SD, our Operations Center in Loveland, CO, and numerous satellite Field Offices across the US, Midco Diving & Marine can provide quick response time when it matters most.

Commercial Divers | Making a Difference Below & Above the Surface

Our divers are experienced in underwater inspection, marine construction, repair projects, and so much more. From project design to execution and oversight, our staff of qualified and experienced project managers, DPICs, equipment operators, and certified commercial divers will complete your project safely, effectively, and efficiently. The scope of Midco’s commercial diving underwater service is substantial. Professional diving services include: